Age 28 at diagnosis of CADASIL 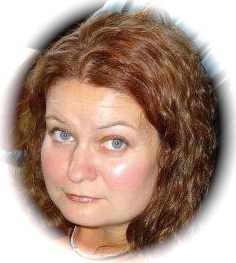 In 2001 when I was 25, I was working out at a local gym when I started to feel like my arm and legs were falling asleep. I quickly realized that the numbness was moving everywhere on my right side. Scared, I quickly left the gym and got in my car to drive home. I was unable to contact my boyfriend on the phone, so I called my parents to tell them that I felt “weird.” When my mom answered the phone, I could not say anything other than “gym” that made sense. My parents came to get me. At the nearest ER, I was diagnosed with a complex migraine and sent home. My GP referred me to a neurologist who ordered an MRI and was obviously confused by my scan results. To him, my scan showed Multiple Sclerosis, but he did not understand why I did not have any MS symptoms. He referred me to another doctor in Toronto, Canada. Upon meeting me, reading my MRI, and conducting other MS tests such as evoked potentials, the doctor diagnosed me with probable MS. He wanted to confirm the diagnosis by doing a lumbar puncture and set up the appointment for that.

About a week before the spinal tap, the doctor called me at home. He told me that he had heard about a “new” disease that could explain the multiple lesions that were evident on the MRI. He also mentioned that the test was less intrusive as it was only a skin biopsy. He refused to tell me the name of the disease and said that he would explain it to me afterwards, if the test proved positive. My skin biopsy came back positive and then the blood test came back positive for CADASIL. I was so happy that I didn’t have MS. But then my doctor started explaining CADASIL. He kept saying over and over: “Sonia, this is rare. Really rare. We don’t know much about this disease.” For the past several years, I have heard this repeated and repeated from every doctor where I have searched for answers.

It was May 2004 when I received my positive CADASIL diagnosis. I was 28 years old and had been married for one year. Knowing the genetic risks, my husband and I still decided to have a baby. In July 2004, I had my first stroke that paralyzed my right side. While in the hospital, we found out that I was pregnant. I was immediately referred to a special pregnancy “maternal” diseases program in Toronto. There a team of “experts” would help me through my pregnancy. I was followed by an OB/GYN, a hematologist, a pediatrician, an anesthesiologist, a geneticist, and a genetic counselor. Not a single doctor there knew what CADSIL was. They all promised me that they would do research to help treat me. I did research as well. I found one study on-line about pregnancy and CADASIL. It was not helpful according to my doctors. My genetic counselor admitted to me at one appointment that it was obvious that I had a far better understanding of the disease than he did, and that he was not going to be useful to me. Finally the consensus of the medical team was to treat me as a pregnant stroke survivor.

My healthy baby boy was born by caesarean section in March 2005. I had my second stroke 10 weeks later. Thankfully, my son has not shown any CADASIL symptoms – although there is a 50% chance of him having it. I am 36 years old now. Thankfully, I have not had any more strokes. I have about four complex migraines every year. The auras are horrible. I continue my quest for knowledge about CADASIL. The doctor who helped me get diagnosed has agreed to follow me even though he is a MS specialist, because there is no other doctor who knows more than him about CADASIL in my province. According to him, he treats three other people with CADASIL. I have approached the “Best Doctor’s” organization as well and have found nothing new.

I wear a medic alert bracelet and I carry papers in my wallet that explains CADASIL for when I go to an emergency rooms to get my migraines checked out, to make sure they are not a TIA or stroke. I’ve actually had one ER experience when I was told to not come back to that ER and that I should drive the hour down to St Michael’s hospital in Toronto. I am terrified of the future: of what will happen to me and what will happen to my son.

We CADASILians need a cure. We need a treatment. We need research. We need awareness.

This story was originally contributed and published in the March 2013 issue of EMBRACE newsletter published by CADASIL Association. Thank you Sonja for sharing your story and for all you do for the CADASIL community.