Age 49 at diagnosis of CADASIL 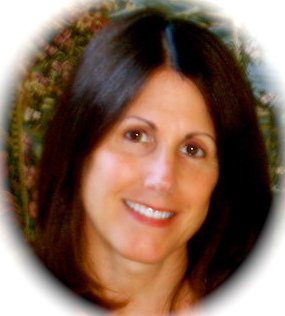 My first experiences with persistent headaches were in high school. I have memories of occasional headaches during childhood and early adolescence, but those that started when I was around sixteen could be brutal. I had been having them for weeks and missing a lot of school when my dad took me to his chiropractor. X-rays showed I had various vertebrae out of whack. The treatments helped, but I sometimes felt more nauseous and dizzy after a spinal adjustment than before. I didn’t tell my parents this because they were relieved to think I was getting help.

In my twenties and thirties I rode the joyous ups and complex downs of being married and raising a young son, while working many hours in a hospital office and taking college classes toward becoming a teacher. I clearly recall battles with depression, anxiety, mood swings, and fatigue, but I assumed those went along with my hectic life. I hid these symptoms behind a smiling face and a good sense of humor. I attempted to keep my headaches at bay with large doses of non-prescription pain relievers. I’d do anything to numb the insidious pain.

A divorce in my late thirties took me as low as I believed I’d ever be. The failure of my marriage hit hard, as I had always been driven to succeed in everything I held important. My son, by then a young teen, was hurting and extremely angry. I felt like a rotten mother and a fragmented shell of the person I once knew.

Meeting my second husband brought newfound happiness. I still had headaches, but my depression lifted for a while as I settled into a good marriage. My relationship with my husband remained strong, yet the depression and other issues returned. I did not understand why I could feel so awful at times. My counselor referred me to a psychologist, and I began more intensive talk therapy and opted to try anti-depressants. I could feel some relief, but I knew I still wasn’t well. I feared I might be bipolar, although my psychologist assured me I was not.

Through the summer of 2008 I went on and off several medications during my vacation from school to try and balance my emotional swings. Surely the drugs caused the now frequent sick headaches, I thought. As autumn approached, I felt so crummy that I seriously considered ending my life. I became increasingly ill, barely managing to rally for my job only to collapse at home later. Daily I had tight pressure across my forehead into the top of my skull. Sometimes if felt as though an invisible hand was twisting my brain, and I would get waves of nausea and dizziness. I kept the truth of how terrible I felt from my husband, my other family members, my friends, and my colleagues. I feared I was going insane, and that if anyone knew how sick I was, I would be institutionalized.

Near the end of October 2008, I blacked out while attempting to get ready for work. I called my husband when I regained consciousness, and he rushed home to take me to the hospital. (Please also see my story regarding my ER visit and my neurologist)

Being diagnosed with CADASIL nearly a year later, a month before my 50th birthday, was devastating. How could I have a rare genetic disease few people know exists? At the same time, my diagnosis explained many of my symptoms and answered a lot of questions. In a way, knowing I have CADASIL has helped me cope with my life. Certainly, it has made me appreciate my good days more fully, and it has allowed me to give myself permission to take it easy when I am feeling sick.

My diagnosis renewed my faith in God. I work at maintaining a positive attitude and keeping myself as healthy as I can even while I realize this disease is progressing in me. I have hope for a cure for CADASIL – if not in my lifetime, then in the lifetime of the next generation.

This story was originally featured in the December 2012 inaugural issue of EMBRACE newsletter published by CADASIL Association. Thank you Janet for sharing your story and for your advocacy role in publishing and making EMBRACE available to the CADASIL community.